Are you trying to find the best lunch locations in Waunakee? Let us show you where the best midday meals are waiting for you!

Take a look at Asian Garden’s menu and decide if you want to order off the “Hot” or “Spicy” menu! Serving up the classics like Crab Rangoons and General Tso’s Chicken, Asian Garden has various options.

Read over their expansive menu categories to find what you didn’t know you were fixing for! Order from the House Chef’s Specials; otherwise, they offer a “Health Food Selection” and “Vegetarian Dishes” for all our non-meat-eating friends.

The Meyer family has a “passion for pizza.” Michele was raised in Rockland County, New York, and relocated to Wisconsin after graduating from the State University of New York (SUNY) at Plattsburgh.

Chris is Calumet County, Wisconsin native and graduated from UW – Whitewater. Michele and Chris met in Madison while they were both living downtown, and today they have two children, Madi & Sam.

Chris’ love for pizza started at an early age. Michele and Chris traveled across the globe “researching” when the two decided to establish “their own independent pizzeria” in 2010. The dynamic duo brings the best of both worlds; Michele, hailing from New York, grew up on “the traditional New York Slice,” while Chris “brings the old school Wisconsin style pizza” that created his passion.

The two “love to experiment with new pizzas,” so keep your eyes on Zoe’s opens in a new windowInstagram to see what they’re cooking up next!

The casual dining atmosphere is a great place to bring children and large groups, making it one of the best lunch locations in Waunakee. With healthy and vegetarian options, ordering carryout online is a breeze, and everyone will be pleased.

Please note that carryout ends at 8:30 PM (one hour before closing). If you intend to eat at 8:30 PM, please dine in and use their complimentary free parking.

It all started in an oven in Madison, Wisconsin, in 1989. The goal was to make the best bread, and they did. The recipe was documented, and the vegetables, meats, and cheeses were all “locally sourced and carefully crafted.” The unique menu was drafted, and “the freshest sandwiches in Madison” were born.

Milio’s hasn’t fixed what never broke. Following the same procedure as Big Mike’s Super Subs, “the same fresh bread” has been baked in their ovens “every four hours, every day” since their first shop on West Johnson Street more than 30 years ago.

Madison locals spread the word, and by 2004, Big Mike’s Super Subs became Milio’s, and the franchise was established. Currently, over 200 employees operate 21 locations throughout Wisconsin, Minnesota, and Iowa.

Milio’s is a loyal family; all franchise owners and 50% of the general managers have been with Milio’s for over ten years, while some are approaching “their 20th anniversary.”

Brian Bergen says, “Our bread might be our claim to fame – but our real mission is to serve and support the local communities that we’re lucky to call home.”

Find more places to eat and fun things to do in Waunakee!

Introducing Lamphouse, Waunakee’s premier luxury living address. Carefully created with our residents’ comfort in mind, you will discover unique amenities, superior apartment features, and a place you will love to call home. With over 28 unique luxury apartment floor plans to select from you will surely find the style that fits your personality. Visit us, take a tour, and get the information you need to start your journey home at Waunakee’s premier apartment community. 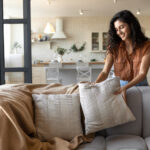 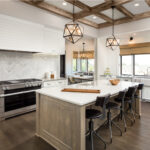 What’s the Best Lighting for an Apartment? 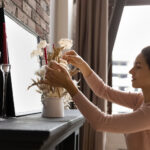 Decorate Without Damaging Your Apartment

View Our Other Articles!

What’s the Best Lighting for an Apartment?

Best Places to Eat in Waunakee

Best Places to Eat in Waunakee

opens in a new window

XThe accessibility of our website is taken very seriously. We strive to meet WCAG 2.1 AA Web Accessibility standards by routinely evaluating our website using automated evaluation tools and manual testing when required. As content changes we review and correct issues and are responsive to our users needs. If you encounter issues with our website, please report them so they may be corrected in a timely manner.